Contraindications of steglujan includes end stage kidney disease, dialysis and renal impairment because of its excretion through kidney. If patient is sensitive to sitagliptin, then steglujan is not recommended. Patient with history of anaphylaxis and angioedema should avoid steglujan. Sitagliptin is reported with acute pancreatitis which involve fatal and non-fatal hemorrhagic or necrotizing pancreatitis. Hypotension is reported with steglujan in patients with renal impairment. With hypotension, there may be associated hypoglycemia due to decreased level of blood glucose. If patient is sensitive to any of the active drug of steglujan then special instructions and precautions should be followed regarding use of steglujan. 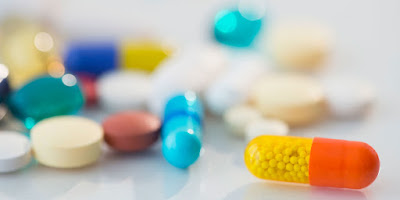 
As steglujan is a combination of two drugs, so each drug have its own specific mechanism of action. Ertugliflozin is a competitor selective sodium glucose transporter 2 inhibitor. It decrease the renal threshold of glucose, which rises when maximum glucose reabsorption capacity of kidney exceeds. The decrease in renal glucose threshold leads to increased urinary excretion of glucose. Sitagliptin is a dipeptidyl peptidase 4 inhibitor. It increases the incretin hormone activity which get inhibited by dipeptidyl peptidase 4 enzyme. Incretins are responsible for increased production of insulin and also increases its synthesis from pancreatic beta cells.


Steglujan have a wide range of reported side effects. It involves side effects of both active drugs and may involve female and male genital mycotic infections. Adverse effects related to volume depletion, headache and most commonly urinary tract infections. Vaginal pruritus, Nasopharyngitis, increased urine flow, back pain and various renal adverse effects. Patient weight may decrease and feels thirst all the time. All the above mentioned side effects are related to ertugliflozin. Side effects related to sitagliptin involve nausea, diarrhea, peripheral edema and upper respiratory tract infection. Post marketing reports reported acute pancreatitis and hepatic enzyme elevations.


It is available in tablet dosage form with concentration of ertugliflozin/sitagliptin 5mg/15mg and 100mg/100mg respectively. Starting dose of steglujan is 5 mg/100 mg administered per day in morning initially. But if further glycemic control is needed, then dose can be increased up to 15 mg/100 mg. patients who are already on ertugliflozin have to maintain its dose when switched to combination. There are some conditions which need dosage modifications and adjustment. Like if steglujan is administered with insulin and insulin secretagogues can increase the risk of hypoglycemia and dosage adjustment is needed there to minimize chances of hypoglycemia.