Ixifi is the brand name of infliximab-qbtx. Infliximab have multiple functioning, as it falls in class of immunosuppressant, monoclonal antibodies, DMARDS, TNF inhibitors, antipsoriatics, systemic and inflammatory bowel disease agent. Ixifi for injection work as a blocker of tumor necrosis factor (TNF). It is indicated for reducing symptoms of many diseases like Crohn’s disease in pediatrics, ulcerative colitis, rheumatoid arthritis and plaque psoriasis. Where Ixifi drug is indicated for various diseases, it is also contraindicated in some conditions like in serious active infections, documented hypersensitivity and patients with heart failure should not take Ixifi dose exceeding 5 mg/kg.

If patients are treated with dose 10 mg/kg there are increased chances of death or hospitalization with severe heart failure. Ixifi also shows some drug interactions if multiple drugs are involved in therapy. Co administration of abatacept with TNF blockers can lead to serious infections. Overlapping of biological activity is also responsible for increased chances of infections. Ixifi is not allowed to take with vaccines or therapeutic infectious agents. Ixifi should only be used in pregnant women if clearly needed because drugs pass placental barrier and remain for about 6 months in serum after delivery and can cause infections. 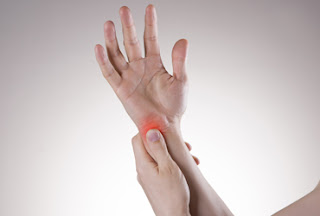 
Ixifi is known as agent of blocking tumor necrosis factor. It is a recombinant humanized monoclonal anti-tumor necrosis factor alpha antibody. It also prevents inflammation of intestine and synovial fluid. In case of Crohn’s disease it takes about 2 weeks for absorption. Its duration of action is about 12 week. Volume of distribution of Ixifi is 3 to 6 liter. Metabolism of infliximab is unknown. Its half-life is 7.7 to 9.5 days. When antibodies of infliximab are formed it increases clearance of infliximab. Its excretion is not known yet. This is the pharmacology of infliximab.


As it has multiple indications, so its dosage varies according to disease. In case of rheumatoid arthritis, 3 mg/kg IV at 0, 2 and 6 weeks and then for 8 weeks thereafter. Dose may be increased to 10 mg/kg. In psoriatic arthritis, 5 mg/kg IV at 0, 2 and 6 weeks. Same dosage is recommended in plaque psoriasis, Crohn’s disease, and ulcerative colitis. In idiopathic pulmonary fibrosis dosage recommended is 5 mg/kg/dose and should not increase because it can cause heart failure and ultimately death. Greater than 65 years of patients should use Ixifi with great caution.


All the conditions mentioned above are most commonly occurring side effects. There are also some adverse effects regarding exceeding dose of Ixifi. So caution is required while dosing.

Ixifi is indicated for the following indications.