✔ Mazz 1:00 AM
Steglatro is a drug which is competitor of sodium glucose co transporter 2. It is indicated for diabetes mellitus type 2. Its generic name is ertugliflozin. Steglatro can be administered as a single drug therapy or can be used in combination with DPP 4 inhibitor drug named sitagliptin or with metformin. American diabetes association stated that steglatro can cause significant reduction in glycated hemoglobin. When steglatro and sitagliptin are combined in a fixed dose combination it is known as steglujan. 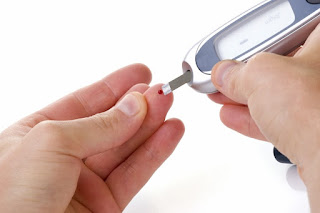 Steglatro is a selective sodium glucose transporter 2 inhibitor. It is a competitive drug to other inhibitor drugs. When steglatro inhibit sodium glucose transporter 2, it decreases the threshold of renal glucose. I.e. glucose concentration in plasma. Increases the glucose reabsorption capacity of kidney. When there will be decrease in renal glucose threshold, ultimately glucose excretion through urine will increase. Steglatro can show peak level in plasma within one hour of administration in fasting state and 2 hours in fed state. It shows 93.6 % protein binding in plasma during distribution phase. Metabolism is minimum.


It is available in the form of tablet (5 mg and 15 mg). as it is indicated as an adjunct to diet and exercise, so its starting dose is 5 mg PO per day in morning. If this dosage concentration is not enough and require further glycemic control then, dosage concentration may increase up to 15 mg per day. There are some precautions which should be followed like, it is prohibited in combination with high dose insulin and insulin secretagogues because it increases chances of hypoglycemia. Lower dose of insulin or insulin secretagogues can be administered to reduce chances of hypoglycemia.


Steglatro is a competitive drug and its administration also considers its side effects as compare to other drugs. Some of the main side effects regarding steglatro are mentioned below: