✔ Mazz 1:00 AM
Segluromet is a combination of ertugliflozin and metformin hydrochloride. It is indicated to administer along with diet and exercise in diabetes mellitus 2 to control blood glucose level. Ertugliflozin is a selective competitor of sodium glucose transporter 2 inhibitor and metformin is a biguanide. Segluromet is recommended in patients with type 2 diabetes mellitus. It is not recommended for diabetes mellitus type 1 and diabetic ketoacidosis. Patient with severe renal impairment, dialysis and end stage renal disease cannot take segluromet.

It is also contraindicated in metabolic acidosis i.e. diabetic ketoacidosis and in patients with serious hypersensitivity reaction towards metformin or ertugliflozin. It also shows some drug interactions with carbonic anhydrase inhibitors as it may increase risk of lactic acidosis. Drugs like ranolazine, vandetanib, dolutigravir and cimetidine also show interaction as it can increase accumulation of metformin. Alcohol is reported causing increase in metformin and lactate metabolism. There are some warning and precautions associated with segluromet that it should not be administer during 2nd and 3rd trimester as it can effect fetus. Breastfeeding is not allowed during treatment. Premenopausal females can face potential for an unintended pregnancy. 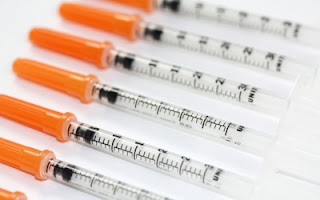 
Segluromet is the combination of two drugs i.e. ertugliflozin and metformin hydrochloride. So mechanism of action of both drugs is different. Ertugliflozin is a selective competitor of sodium glucose transporter 2. It decrease the renal threshold of glucose, which rises when maximum glucose reabsorption capacity of kidney exceeds. The decrease in renal glucose threshold leads to increased urinary excretion of glucose.Metformin works by decreasing glucose production in liver. And also decrease absorption of glucose in intestine. Sideways it increase peripheral uptake of glucose improving insulin sensitivity. It also lowers basal and postprandial plasma glucose.


Segluromet is the combination of two drugs so wide variety of side effects are reported which involves mycotic infection in female and male genitalia. Volume depletion adverse effects, urinary tract infections, vaginal pruritus, headache, Nasopharyngitis, increased urination flow, pain in back, increased thirst and decrease in body weight. Adverse effects of kidney are also reported. All these above mentioned conditions related to ertugliflozin. Side effects related to metformin are diarrhea, nausea, vomiting, flatulence, abdominal discomfort, asthenia, headache and indigestion. Long term use of segluromet can cause decrease in vitamin B 12 absorption.