✔ Mazz 1:00 AM
Mucocele appendix is also known as appendiceal mucocele. It is a condition in which a mucocele occurs on the surface of appendix. It closely resembles acute appendicitis. Mucocele is a cyst which forms on the mucous membrane of appendix. It is a rare disease. The mucocele is a fluid filled swelling which occurs on the mucous membrane. This cyst is formed when there is a mucous plug in mucous membrane. These mucocele on appendix are benign in nature and are not malignant i.e. cancerous. But in some cases it may convert in to malignant cyst and spread to the whole appendix causing serious complications. 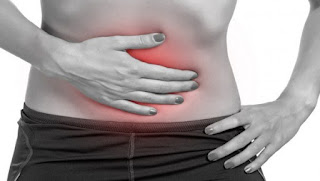 
Mucocele appendix is a rare condition and may occur due to many reasons. Commonly it occurs as a result of benign and malignant diseases. These diseases causes obstruction of appendix and the mucous secretion accumulate. Other than these it may also occur due to mucosal hyperplasia. Other mucosal diseases which leads to mucocele formation are mucinous cystadenoma or mucinous cystadenoma carcinoma. It may occur due to the combination of obstructive or inflammatory processes. All these causes leads to the formation of mucocele on the mucous layer of appendix and may prove fatal for patient if left untreated.


Mucocele appendix or appendiceal mucocele is an aseptic dilation of the appendix which is secondary to the obstruction caused by benign and malignant diseases. There are no clinical symptoms which helps in the diagnosis of mucocele appendix. So the diagnosis is difficult. In case, the mucocele appendix is benign, the surgical excision is the treatment of choice. Appendectomy is the surgical process which is performed to remove the complete appendix. By removing benign mucocele of appendix this condition may be treated successfully without any complication. In case of malignant mucocele, the condition may become severe and cannot be treated with surgery and need radiation or chemotherapy for treatment.


Mucocele are swelled sacs which are filled with mucous present in the mucous membrane of appendix. There is a range from benign to malignant mucocele according to which the treatment is selected. If the appendix ruptures the cells will spread inside body and become malignant in nature causing cancer. The spreading cells of appendix continue to secrete gel like substance named mucin. And this mucin is responsible for spreading cancer to other parts of body. In case of malignant mucocele, the treatment becomes difficult and may prove fatal for patient.