There may be many reasons behind the lower level of glucose in cerebrospinal fluid some of them are infections in Central nervous system, subarachnoid hemorrhage, increased glycotic activity of central nervous system, inflammatory conditions, hypoglycemia and many more. Glucose level in cerebrospinal fluid is a diagnostic parameter for many brain diseases mainly meningitis. 50 to 60 percent of patients with bacterial Meningitis have decreased glucose level in cerebrospinal fluid. If there is any infection in brain, then the the process of glycolysis is increased. Glycolysis is done by both white blood cells and the pathogens which in turn responsible for decreased amount of glucose. 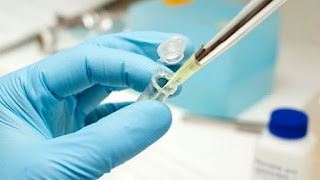 
Talking about the symptoms of hypoglycorrhachia, it mostly resemble a condition named neuroglycopenia. Some of the common symptoms are as follows:

Hemiplegia and last but not least aphasia.


There are different causes of hypoglycorrhachia but mainly it is secondary to brain diseases. Infections of Central nervous system are the main cause of hypoglycorrhachia. As in infection, the glycolysis process is increased by both white blood cells and pathogens. This cerebrospinal fluid has impaired glucose and pass through blood brain barrier. Other than infections of CNS, inflammatory infections, impaired glucose transport, metastatic carcinoma, subarachnoid hemorrhage and increased glycolytic activity in CNS. Hypoglycorrhachia is also a diagnostic parameter for brain diseases like meningitis. In bacterial Meningitis, the level of glucose in cerebrospinal fluid is low but in viral Meningitis, the level of glucose is normal.


Hypoglycorrhachia treatment is important because if it is left untreated, then it may prove fatal for health. As it does not occur on it's own and is secondary to some diseases. So treating the underlying disease will ultimately treat hypoglycorrhachia. If there is any infection, then treating the infection will help. Antibiotics are used for that purpose. The no. Of pathogens will decrease and glycolysis will also decrease. Inflammatory diseases can also be treated with NSAIDS. like wise all the other causes can be treated with their respective treatments.