✔ Mazz 1:00 AM
Propriospinal myoclonus is a condition in which patient feels repetitive jerking of neck, trunk, hips and knees. The jerking is painless. It is a rare disease. This body jerking may occur in response to any stimulous or it may be spontaneous. If the patient is in lying position, then this body jerking may become worse. Sometimes there are some symptoms attached to this jerking like patient may feel tingling at the back side of neck, an electric current like sensation or a clicking sensation in the head can precede the jerks.

There are some common causes behind it like it can occur secondary to some medications, a lesson in the spinal region and some kind of infection in body. In most of the cases, the exact cause is unknown. Researchers believe to some extent that there is some psychogenic component in propriospinal myoclonus. Talking about the word myoclonus, it is an involuntary and quick movement of muscles. Hiccups is the type of myoclonus. It can usually be felt before sleep. Hiccups is healthy type of myoclonus. The treatment of propriospinal myoclonus is based on the underlying cause. But if the exact cause behind it is unknown, then treatment is based on reducing the effects of myoclonus on patient. 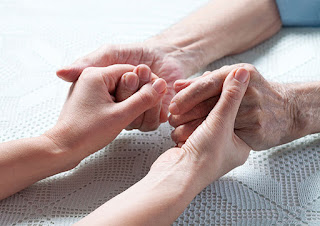 
It is a rare disease with abnormal muscle movement. The muscle jerk is abnormal and sudden. Usually jerks occur in neck, trunk, knee and hips. The symptoms appear suddenly. These are brief and ends on it's own after some time. These jerks are involuntary in nature and cannot be controlled. The intensity and frequency of these jerks varies every time. Sometimes it is localized to a specific part of body and sometimes it involves the whole body. Sometimes the symptoms are severe enough that patient can't even eat, speak or walk properly.


In most of the cases, the cause is idiopathic i.e. the exact cause is unknown. But in some cases , the recorded causes include any kind of infection in body, injury or lesion in the spinal region of brain and it may occur secondary to some medications. The exact diagnosis for the cause is necessary because it makes the treatment easier. There are some healthy myoclonus which normally occur in person like hiccups, before sleep starts. Body shaking due to any stress and anxiety. Exercises can also cause myoclonus. Usually the onset is sudden and resolve on it's own.