✔ Mazz 1:00 AM
Dysarthria is a condition which is described as speech disorder. It occurs due to slowness or in-coordination of speech mechanism. It may also occur due to disturbance in muscular control weakness. All this results from injury in Central and peripheral nervous system. Spastic dysarthria is the type of dysarthria which is classified on the basis of site of lesion in nervous system. When the lesion is on pyramidal and extrapyramidal system then spastic dysarthria occurs. In pyramidal tract, the fibers which carry messages to the brain are basically get damaged. Patient face problems in speech along with muscular weakness in spastic dysarthria. 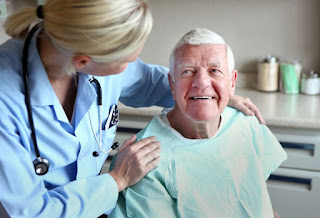 
All these symptoms are specified in spastic dysarthria which makes it different from other types of dysarthria.


Dysarthria is classified on the basis of site of lesion in the nervous system. So in spastic dysarthria, lesion occurs on the pyramidal tract of nervous system. Fibers present in the pyramid track are responsible for transformation of messages to brain, when these fibers got damaged, messages are not conveyed and person face problems during speech. The pyramid track is also known as corticospinal tract. Corticobulbar tract is involved in transferring signals to the cranial nerves which are associated with swallowing and speech. It is also associated with muscle weakness and abnormal force physiology.


To treat spastic dysarthria, the treatment guidelines of dysarthria are used. Restorative treatment is used in which the impaired function is restored and other treatment guideline include compensatory treatment in which the impairment is compensated because of no restoration. The restorative treatment approach focus on intelligibility of speech, naturalness and efficiency of speech. The compensatory treatment approach focus on the communication strategies of patient. Change in communication environment of patient. Other than these two strategies, it can be treated via preserving and maintaining functions of nervous system. The lesions and damage is cured with the most effective medical treatment.


Talking about the characteristics of spastic dysarthria, it is a type of dysarthria which occurs due to lesion or damage in the pyramid tract of nervous system. Pyramid tract contains fibers which are involved. It is a motor speech disorder. Articobulbar tract is mainly involved in lesion because it is associated with the speech And swallowing control center. In spastic dysarthria, the strength of speech, coordination of speech, range of motion, speed of speech and musculature movements are affected mainly. These characteristic symptoms makes it different from other types of dysarthria.