✔ Mazz 1:00 AM
It is a type of blood group which is also known as h/h blood group or Oh blood group. It is a rare type of blood group. This blood group type was 1st discovered in Bombay India, that's why it is known as Bombay phenotype. Now it is known as Mumbai in India. It is rare genetic trait and does not contain expression of A, B or H antigens on red blood cells. In Bombay phenotype, the H Gene is missing which is responsible for producing H antigen and also a precursor of A and B antigen. When H antigen is not expressed so, A and B antigens also cannot be expressed.

In that case, the serum contains anti A, anti B and anti H antigen. When two rare recessive genes are inherited in infant, ABO blood group or Bombay phenotype forms. It occurs on the locus other than ABO Gene locus. Usually Bombay phenotype results from consanguineous mating i.e. parents are relatives by blood (first cousins). H antigen is rare , so whenever inter breeding occurs, the proportion of rare homozygotes increases and results in Bombay phenotype. Bombay phenotype is not compatible to donate blood to the normal ABO blood groups i.e. A, B, O and AB blood group. 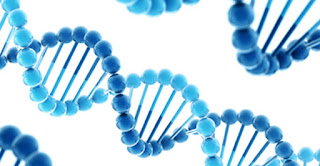 
Epistasis is a technique which is used to mask expression of a gene on a specific chromosome, At locus or other position. Dominance is another term which can be confused with epistasis but dominance is the interaction of genes at same locus. One of the best example of epistasis is Bombay phenotype. It is better re-presentable in humans. There are almost 30 to 70 thousand Gene loci present in human genome. Some of them are interacting with other complicating the identification of their roles and metabolism.


Bombay phenotype is a type of blood group which does not contain A, B or H genetic trait. This blood group type is a rare one and usually results in inter family marriages. When two parents have blood relationship like 1st cousins, there are higher chances of inheritance of rare H antigen in the fetus. It was 1st discovered in Bombay which is currently known as Mumbai. It is better re presentable in humans. It is a best example for the explanation of epistasis process. In epistasis, the required Gene expression is masked on the locus or other position of desired chromosome.