✔ Mazz 1:00 AM
Nasophilia is defined as partialism for the nose. Nose partialism and nose fetishism are the other names of nasophilia. It is a condition in which patient experience sexual arousal to anything via smelling it. Nose plays a vital role in sexual arousal to some specific scents, that's why it is termed as nasophilia. There may be variation in the physical appearance of object. Person may feel him or herself in love with that attractive thing and wants to be in contact with this. He wants to physically interact with that thing attracting him. The patient wish or desires to penetrate his nostrils in the intended object.

Other than this, patient may desire to see some different and more attractive things at the place of nose like the nose of Pinocchio. Patient dream about seeing a different nose instead of the original one i.e. replaced with a piggy nose. This is associated with role play in which props are used to change the shape of nose, with the writing artwork, transformation fiction and morphing i.e. some modified pictures of people. All these things are found to be attractive to the patient with nasophilia. 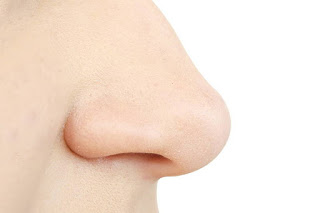 
This is kind of attraction to the nose of any other person. Basically the symptoms are associated with sexual arousal of patient. Person with nasophilia wants to touch his partner's nose and lick it and sometimes bite it. This makes them relax and they enjoy it a lot. Sometimes person with nasophilia wants to kiss and suck his partner's nose. Basically it is an initial step towards the sexual arousal and ends up with sexual intercourse. It is specified with the nose and people with nasophilia spends more time playing with nose of their partner.


There is not any specific cause behind nasophilia. Nasophilia is considered the initial attraction towards sexual activity. People with nasophilia got attracted to the different shapes and sizes of nose of people. They always focus on the nose of other people. People with some different nose like bigger nose bridge or nostrils, are found attractive to these patients with nasophilia. They wants to touch and kiss and lick and suck their nose. Patient feels sexually aroused even when they are thinking of touching their partner's nose. Sometimes nasophilia occurs due to strong sense of smell.


There are various treatment strategies which can be used according to the severity and condition of patients. These treatment strategies include cognitive behavioral therapy, psychoanalysis, hypnosis and drug therapy. Treatment is not conducted unless the condition becomes worse. The psychoanalysis treatment include orgasmic reconditioning, psychotherapy, individual expressive supportive therapy and cognitive behavioral therapy.

Other than this, group therapy is conducted in which there are more than 12 people who are trained about sexual activity. Drug therapy include some main CNS acting drugs. Phenothiazine and some anti depressants are used. Anti depressants are anti androgens and long acting gonadotropin hormone i.e. medical castration.