Hemlibra/emicizumab-kxwh Cost, Side effects, Dosage, Uses for hemophilia A

✔ Mazz 2:16 AM
Hemlibra/emicizumab-kxwh Cost, Side effects, Dosage, Uses for hemophilia A. The FDA granted the approval of Hemlibra to Genentech, Inc.

US FDA approved new drug Hemlibra that contains active pharmaceutical ingredient emicizumab-kxwh to decrease the tendency of bleeding episodes in patients with hemophilia A. This drug can be used in both adult patients and pediatric patients as well. Hemlibra/emicizumab-kxwh is a kind of monoclonal antibody administered via subcutaneous injection.  US FDA also instructed about some warnings associated with this drug if use in combination with activated prothrombin complex concentrate (aPCC).

Hemophilia A is a kind of genetic disorder characterized by deficiency of clotting factor VIII due to which tendency of bleeding increases many folds. Males are more affected by this disorder. Symptom of this disorder include frequent bleeding episodes followed by internal and external hemorrhaging from various sites like joints, gums, brain, digestive tract and muscles.

Hemophilia A is inherited as an X-linked recessive trait that most commonly affect males as compared to females. In females this disease occurs only if mother is carrier and father is a hemophiliac male. All kind of therapies are aimed to reduce the episodes of bleeding but there is no single treatment that can cure this disease permanently.

Mechanism of action by which Hemlibra/emicizumab-kxwh works is that it bridges activated factor IX and factor X to restore the function of missing activated factor VIII that is needed for effective hemostasis. It is formulated in parenteral dosage form and is administered via subcutaneous route. 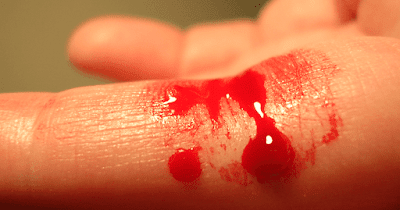 
Following side effects were observed during clinical trials of this drug


US FDA indicated this drug to prevent or reduce the episodes of bleeding in patient with hemophilia A. There is not enough data available about its usage in pregnancy or lactation. However, US FDA warned about its usage with activated prothrombin complex concentrate (aPCC).


It is formulated in parenteral dosage form and its standard dosage frequency is 3 mg/kg by subcutaneous injection once weekly for the first 4 weeks, followed by 1.5 mg/kg once weekly. This drug will be available in following strength 30mg/ml, 60mg/0.4ml, 105mg/0.7ml and 150mg/ml in a single dose vial.