US FDA approved new drug Haegarda for the treatment of rare kind of genetic disorder termed as hereditary angioedema. FDA approved indicated that this drug should be used in adolescent and adults for the treatment of hereditary angioedema. Haegarda is basically C1 esterase inhibitor protein and it is administered via subcutaneous drug delivery system.

Hereditary angioedema is characterized as rare genetic disorder that causes swelling of extremities, face, reproductive organs and internal lining of airway and gastrointestinal tract. Hereditary angioedema may cause episodal attacks of swelling rather than appearing constantly on skin and other areas.

Exact underlying cause is still unknown but many dermatologists believe that mutations inside C1 inhibitor gene is main triggering factor is this whole phenomenon. Up-til now about more than 300 known mutations have identified is this gene. These mutations bring down the level of C1 inhibitor protein that keeps the inflammatory mediators in control like bradykinin, leukotrienes, histamine etc. 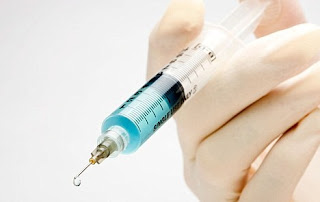 
US FDA approved  Haegarda for the treatment of hereditary angioedema in adolescent and adults. This drug should only be used in routine attacks not for acute attacks. It is administered via subcutaneous route. Test dose should be to rule out any possibility of allergic reaction.


Haegarda is formulated as vial of 2000IU or 3000IU in form of lyophilized powder for reconstitution. However, its dosage frequency is 60IU/Kg subcutaneously two times in a week for the Prophylaxis of hereditary angioedema in adults.