US FDA approved a new drug that contains active ingredient safinamide as an adjuvant therapy for the treatment of  Parkinson disease. According to FDA this drug should be used as add on therapy when other Parkinson medications such levodopa or carbidopa does not provide adequate response or symptoms of Parkinson may get worse (off episodes).

Parkinson disease (PD) is a characterized as degenerative disorders that affects motor functions as well as activities related to central nervous system. Disease onset is slow but it remains lifetime and symptoms of parkinson disease may become severe with the passage of time. In advance stages, this disease may lead to further irreversible changes like dementia. Most common manifestations of this disease are mood changes, cognitive impairment, speech difficulty, tremors, rigidity, difficulty in movements etc. The exact underlying cause this disease is still unclear but many scientist
believed that genetic predisposition and certain environment factors play important in role in pathogenesis of Parkinson disease. 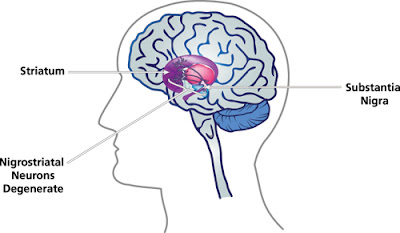 FDA approved Xadago for the treatment of Parkinson disease in patients who experience "off episode" e.g symptoms are getting worse even after using Parkinson base medications like dopa drugs. In that case Xadago is helpful and patient can take this drug as add on therapy.

Safinamide comes in two strength 50mg and 100mg in the form of tablet (oral dosage form). However, it's standard dosage frequency is 50mg tablet orally once in a day for 2 weeks and then dosage may increase up-to 100mg orally once a day. In case of renal or liver impairment dose titration may required.